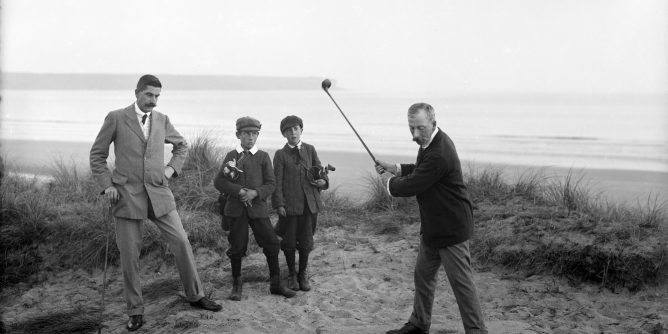 Golf is a very peculiar sport. It is paid very well at the top of the ladder, yet it also has a very steep entry fee. You need the right clothes and the right gear, all of which can set you back at least a couple hundreds of dollars. Having a go at a local club will cost a lot of money, as well as time. Golf is not a sport which is played in 15 minutes, unless you play a video game and are speedrunning it.

But, golf, like other sports, is fairly popular and has its own fan base. Fans from all over the world enjoy golf and often watch it. Some fans are also sports bettors who enjoy betting on their favorite golfers. Punters love betting on major golf events like the Masters Tournament or the US Open, just like gamblers enjoy using Casino Tropez bonus code. They would’ve bet on the Olympic Games had there been Olympic golf. Well, it was reinstated in 2009 for the 2016 edition and onwards. Golf is once more a part of the Summer Olympics. Here is a brief history of the Olympic Games and golf.

Golf Was Part of the Olympics

Back at the start of the 20th century, literally, in the year 1900, golf was part of the Olympic Games. It was played in Paris, France, and had 22 competitors from 4 nations. Few of the athletes had any clue that they were competing at the Olympic Games at the time. The men played a 36 hole stroke course while the women played a 9 hole stroke tournament. For the men, Charles Sands of the United States won by a single stroke against Walter Rutherford of Scotland. Of the women, Margaret Abbot took home a gold medal, to the United STates. She had no idea that she was competing in the Olympic Games at the time, and had never found out. She was the first woman to have ever won a medal at the Olympic Games.

The 1904 edition was a bit different to the 1900 one. It had more competitors, 77 of them, but from two nations, Canada and the United States. Men’s play was switched to a match play instead of a stroke play. That was the last time that golf was a part of the Olympics for more than a century, even.

At the International Olympic Committee session in Copenhagen, Denmark, in 2009, the IOC decided to reinstate golf in the Summer Olympics starting from 2016. Both men’s and women’s golf were brought back. Held at the Rio de Janeiro Olympic Course, purposefully built for the Olympics, it was the first time a golfing Olympic event was held since 1904. There were 120 competitors from 41 nations, a much more diverse setting than the previous ones. The tournament format was 4 rounds of 18 hole stroke play for both men and women. Top 15 golfers qualified immediately, with a limit of 4 per country. The remaining 45 spots for each of the categories, men’s and women’s, qualify from their own nation’s ladder, provided that the nations already do not have a qualifying athlete from the top 15.

Golf is back as an Olympic sport and will be here to stay!